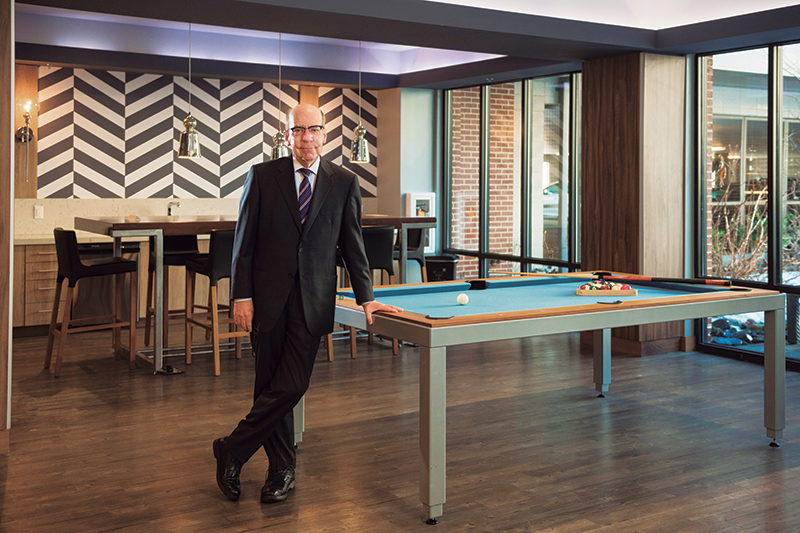 BPGS Projects Featured in Delaware Today: Wilmington Is Back!

A surge in residential development. Evolving work places and work spaces. The liveliest dining and entertainment scene in decades. The city is better than ever.

Wilmington is telling a new story these days. Its story is about a city that is painfully—yet quite successfully—rebuilding its business and employment model. It is also a story about hundreds of new residences being built or repurposed downtown and new construction in other neighborhoods. It is a tale of new restaurants and retail shops, as well as a surge in entertainment options. And, many hope, it will become the tale of revitalized neighborhoods that have not fully shared in the city’s growth and prosperity.

Later this year, where a parking garage recently operated, The Buccini/Pollin Group will open the Residences at Mid-Town Park: 200 apartments, 12,000 square feet of space for shops and a 500-car garage. “We’ve built 1,500 apartments in the city over the last dozen years,” says Mike Hare, BPG senior vice president and a lifelong Wilmington resident—and not all new high rises. Forty apartments are housed over retail shops on Market Street in buildings that have been renovated to code.

These developments are in contrast to the strategy pursued during the last half of the previous century, which was to lure the people who worked downtown by day to return in the evening to eat and shop. At best, it was a holding action, with glimmers of other initiatives—such as the Market Street Mall era from the mid-1970s to late 1980s—that eventually flamed out.

Today builders have bet millions of dollars on a different plan: to provide hundreds of apartments and condos downtown and on the Riverfront to attract new people who want to live in a vibrant city. Walk along Market Street today south from Rodney Square. You will see block after block of residential units that were once offices.